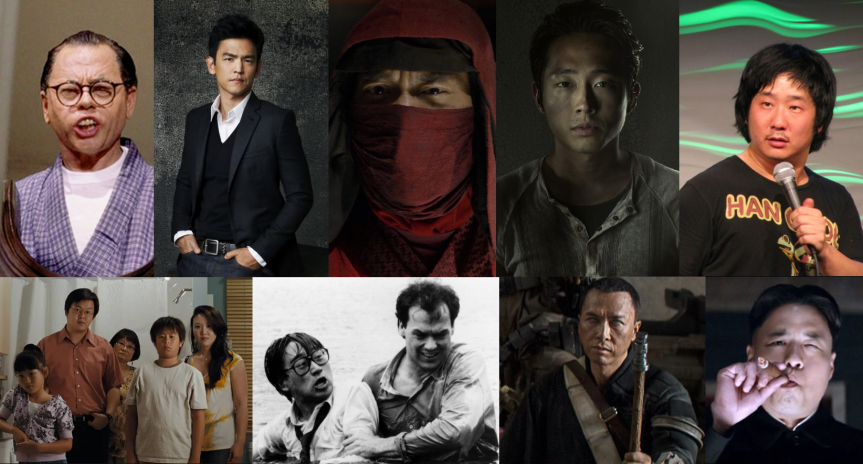 With the release of Crazy Rich Asians, here’s my most popular post from last year: On the “Ugly Asian Male” stereotype, and why Asian-American males are considered the least attractive people and the least likely to be a lead.

– Ugly Asian Male: On Being the Least Attractive Guy in the Room

I was surprised this post got any traction at all. Often when I talk about anything Asian, people glaze over and tune out. “You’re smart, you have it easy, you work hard, you people are privileged too,” I always hear, as if my only say in the matter is to be grateful and bow all the time. And I know that “diversity” is not an issue everybody wants to hear because it’s been used as a guilt-sledgehammer. So I rarely talk about it here.

But these things do matter to me. I learned quickly as a young Korean-American that my life was a second-class existence. I was a prop, the comic relief, the third acquaintance. I wish I had any sort of Hollywood hero to aspire to.

Asian males in American media are often emasculated hair-dyed plot devices, mute kung fu experts, evil villains, or the computer guy in a chair. It’s almost impossible to name the last time an Asian male was the romantic interest in any American movie. Even Mulan​ was the only animated Disney movie where the romantic leads didn’t kiss. I guess an Asian male having that sort of energy was too weird.

That’s all fine, I suppose, but the power of mainstream art has a way of drawing boxes around our perception of others, including the perception of self. I suffocated in this box for too long. And God forbid we have actual dreams, hopes, insecurities, and backstories like everyone else.

With recent shows like Kim’s Convenience​, Fresh off the Boat​, and Ugly Delicious​, it’s great to see we’re slowly chipping away at old conventions. I’m not sure that Asian-Americans are going to have the “one huge hit that will change everything.” If that happens, I’m all for it. I’m also all for working modestly towards the horizon, like we’ve always done. I hope you will hear us. Our stories are worth sharing. Here’s to breaking boxes.