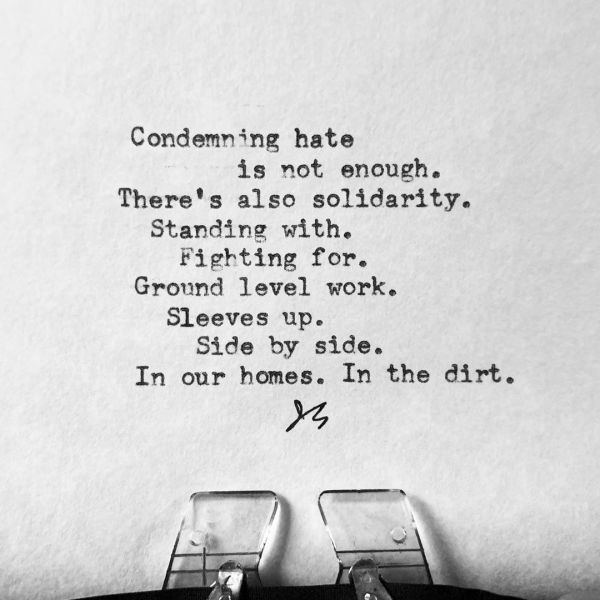 In sixth grade, I had this friend who was six foot two. He was twelve years old, with wrists the size of my torso. Imagine that: my own personal giant.

He became my voice.

His name was Tripp. I was bullied a lot in sixth grade, but when Tripp was around, nobody tried to clown me. One time, Tripp wrapped his hand around a kid’s head like it was an apple, and no kidding, just like a crane out of heaven, he gently placed the kid on the other side of the hall from me. For weeks, that apple-headed kid had been telling me to go back to China. After the crane incident, Apple-Head never bothered me again.

The thing is, nobody should need a guy like Tripp. We should all get an equal distribution of voice. But that isn’t how it is right now. People get squashed. Silenced. Stuffed in a locker. Told to get on a boat.

Really, I wish everybody had a guy like Tripp who spoke up for them. I wish that nobody needed a guy like Tripp, either. Until then, I’m grateful for the people in the hallway who speak up. Not just online, but in dorms and cafes and churches and check-out lines, when it’s not easy or popular, when it costs something, when no one is looking and when everyone is. I hope to be that guy, too. A crane out of heaven.