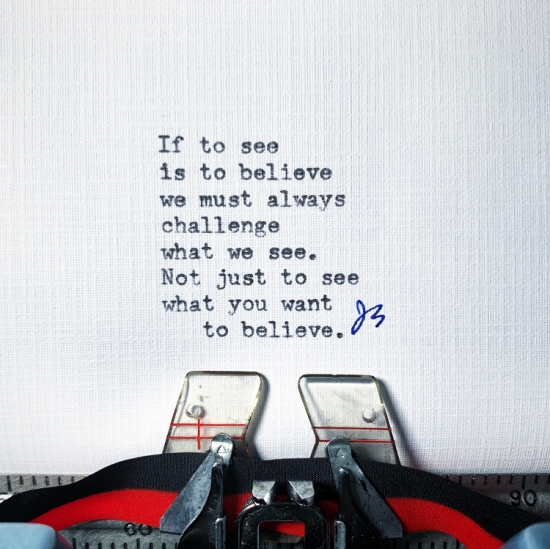 There are so many conflicting images. Peaceful protesters lying down in streets, kneeling and pleading, distributing masks and praying and holding signs for justice. Protesters separating instigators and educating witnesses. Then the burning buildings, looting, assaults, the provocateurs, outside agitators, the opportunists. Law enforcement shooting rubber bullets and tear gas, more knees on necks and backs, driving their vehicles through crowds unprovoked, even as crowds shout no. And images of officers and citizens kneeling together, hand in hand, reconciling, trying to understand.

I think it’s too easy to pick one image and make that the whole story.

Here’s what I see.
What I see is rioting and crimes committed, but even more, peaceful protests and people listening.

What I see is the black community disproportionately abused and killed. But even more, I see their deaths expose a coldness, that we’re unmoved and still, the response a dismissal and derision, as if they‘re a subhuman species, second class, their stories replaced with stats, “black on black,” and misplaced facts.

What I see is that the black community is not seen.
What I see are images of riots being weaponized to ignore pain: “What about the fires and looting and riots” in my inbox, and never once, concerned about racism and brutality on their street blocks. Instead it’s “Look at these burning buildings” and I feel them and I agree, and I also want to point to these burning black communities, they’ve been burning already for centuries while we had the luxury of apathy. You see good work undone by riots—but did you see good work undone by your quiet? I see both; I must see the bigger picture; and right now the pain is bigger, the protests are bigger, those are the thousand words in every picture.

I see the violence and I condemn the harm. I also see protests and we have to march. 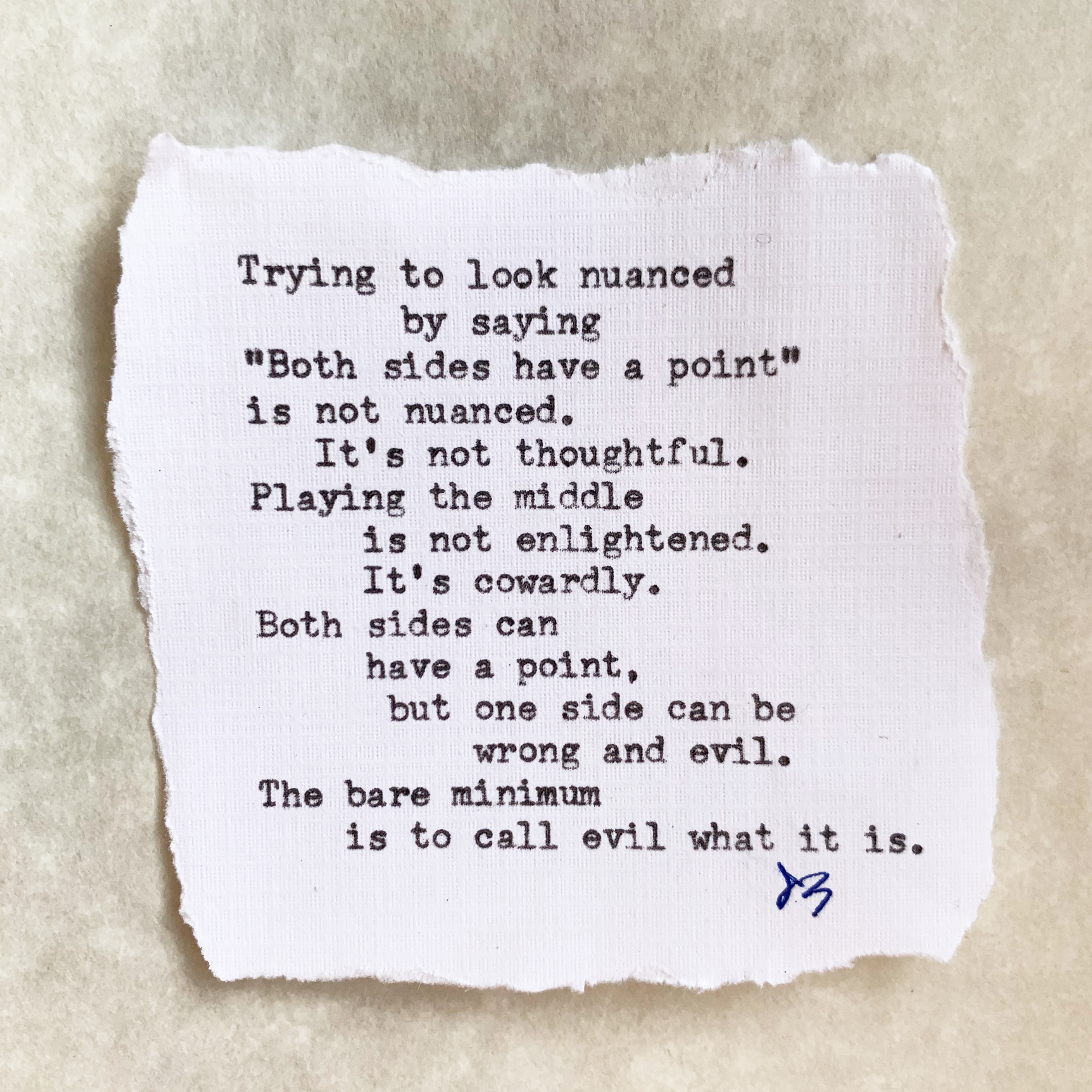 Even if both sides have a point, one side can be wrong. And it’s exhausting to constantly find “balance” and remain neutral. Neutral, in the face of evil, is not only a cop-out, but it’s dangerous. Neutrality is exactly how abusive and manipulative systems continue to operate unimpeded. Neutrality is grease for the engine.

It is not enough to say “I’m not one of them” or “There are good ones too.” It is not enough to say “We need more love in the world.” It’s exhausting to see one more picture of people hugging or high-fiving or laughing with some kids one time in an unseen community, as if that solves a thing. None of this centrist moderate stuff is enlightened. It’s cowardice. It’s fear of losing a fanbase.

Really, I’m a coward when it comes to this. I always want to be gracious, nuanced, thoughtful. I hate to cause discomfort, rock the boat, be a downer. I want to look at all things from all angles, all the time. I never want to alienate anyone. I’m a master of tip-toeing on thin ice, dancing around hard words, stretching between absolutes, trying to silver-line my way through.

But to know the stories of Ahmaud Arbery, George Floyd, and Breonna Taylor—it’s impossible not to shout and scream and cry. Their murders are on me. On being neutral. To be silent is to have picked the wrong side.
As it has been said, it’s not enough to say “I’m not racist,” but we must be actively fighting it. Otherwise, you and I remain grease, keeping the engine running.

To be truly nuanced is to humanize those we have lost. To fight for them. To be as angry as you need to. It’s to take care of yourself amidst daily retraumatizing. It’s to call evil what it is. It’s to condemn racism in every form, individual and systemic, in the home and in the heart.

I’m sorry I don’t speak as loudly as I should. I don’t always know how to fight, but I want to. To the wounded families: I’m sorry. I will act.