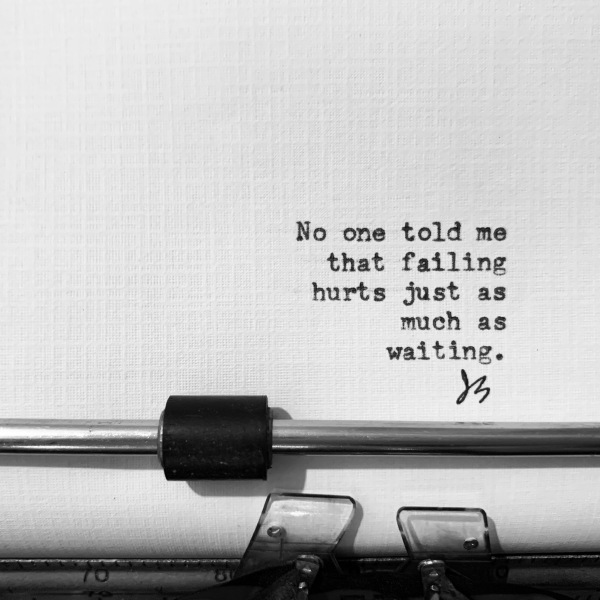 So my wife and I have been trying to have a child for eight months now. No news yet. I know that eight months is not a long time. I’ve heard it can take years. But—it’s been a little discouraging. Sometimes painful.

I was watching a couple of those cute Disney World videos the other day: a dad plays piano at a Disney hotel while his daughter cheers him on, or a mom takes his daughter dressed up as BB-8 to see BB-8. I love watching that kind of stuff these days. And I didn’t expect to feel a strange, almost fiery ache in my chest. It’s a bit embarrassing. Like vicarious joy and hope and jealousy and wistful delight all mixed up and rolling around inside.

Is that weird? Small? Over the top? I don’t know. It feels crappy, truthfully.
I’m really waiting and wanting to be a dad. I didn’t expect it to hurt this much.

I’ve noticed there isn’t a lot of literature for guys who are waiting. I know this is a much harder role for women, and I don’t mean to compare. But it’s hard to know where to go or who to talk to about it. It’s a compound loneliness, when it feels like no one really cares that you’re lonely.

One thing I’m learning in the process is that I don’t control a thing. Very little, really. Miracles are God’s business. I can’t make that happen. It’s frustrating. Humbling. Exhausting. It’s enough to make me pray and do a little light cursing. That’s the language of waiting.