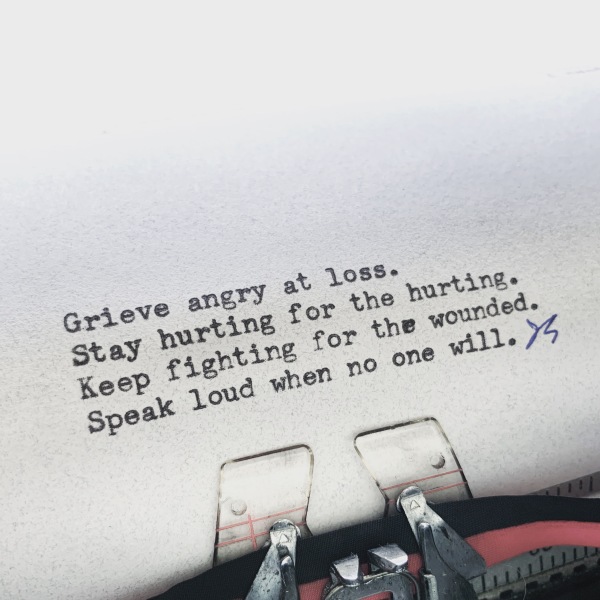 The other week, a shooting took six lives and I thought, “That’s not too bad.” I immediately felt sick. Because this isn’t normal. It isn’t okay. And I don’t want to get numb, desensitized, detached, withdrawn. I don’t ever want to get over the anger and grief of how “normal” this has become—whether it’s thirty, six, or one.

It’s a national habit to look at the death toll, but shootings really destroy lives twice. At the hospital, we regularly receive GSW (gunshot wound) patients through the ER. Many survive. Sometimes, surviving is worse. The trauma of it. The nightmares. To witness such a thing is a lifelong wound. The death tolls are horrific, but the mental and emotional toll is just as destructive. I’ve been up close with GSW victims and families—and I can’t watch the news with neutral disinterest. I can’t watch movie violence the same way. I will never get the smell out of my nostrils. When you sit among people with bullet wounds, you see most political “dialogue” for what it really is: fear, cowardice, pomp, rationalizations, and self-aggrandizing, all which speak past the victims instead of for them. I hope I’m not doing the same thing. Please tell me if I am. Please tell me what I can do.

I don’t know if anything will change. Again. It seems hopeless. But I want to grieve angry. I don’t want to calm down. I want courage. And compassion. And champions who will make waves so that something will change. God, keep us loud. God, give us strength.