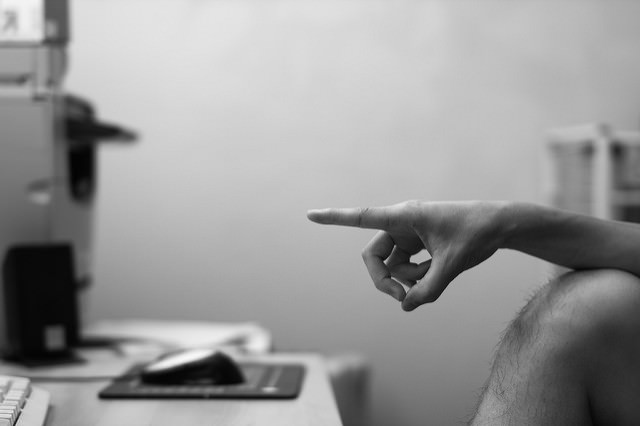 How can we “gently rebuke” our brothers and sisters who believe in and propogate prosperity doctrine? Because honestly, my first reaction is anger and a desperate need to shut them down 😦

Hey dear friend, this is a really, really tough one. Prosperity Theology is one of the most painful iterations of the Christian religion I’ve ever seen, and it’s always psychologically abusive in the long run.

The thing is, attempting to challenge anyone’s beliefs is a dicey, dangerous endeavor that requires an extremely fine balance of love and truth. It’s terribly difficult and will certainly go wrong. Here are a few thoughts about it:

1) Before challenging someone’s harmful belief, get to know why they believe what they do.

There is a concept called The Deep Story in which if you ask someone about their beliefs, they will tell you a deeper story about what led them there. And every single time, if you listen with an open mind, it’s easy to see that if you had the same upbringing, same trauma, same family and friends, same community, and same circumstances as this other person, you might have come to believe exactly as they do.

Because we are much quicker to speak than ever before—social media, globalization, polarization, all that stuff—we are a bit slower to listen these days. In the last ten years, especially, much of our language has revolved around lectures and imperative commands, so that we’re always (consciously or not) trying to force other people into seeing “my point of view, which is obviously the best point of view.” We are always carving other people into our image.

If you pause to listen instead of lecture, you’ll find that many, many harmful beliefs are based on the premise that I am doing good for the world. Almost no one thinks, “I’m the bad guy” or “I’m defective and trying to hurt people.”

The best thing you can do is really get to know why. Why have they fallen into this cult-like belief system? What does it do for them? How is it working out? And what is good about their beliefs that you can affirm on a common ground?

I would ask yourself some questions, too.

Why does this bother me?

Am I trying to prove a point or do I really love them?

Am I treating them like a project or as whole real people?

Why am I so angry?

Is this about genuinely caring for them or trying to control them?

Are my argument methods fair?

Would I even listen to my own arguments if someone made them?

3) Consider that if someone challenged your beliefs, how difficult it would be for you to hear this challenge.

Many people who believe in Prosperity Theology (and other harmful beliefs) are sincere, hopeful, and real people who arrived to their own conclusions among a community who most likely loved them and cared for them. If you simply step in brandishing the latest weaponized argument, it’s almost certain they’ve heard it and they’ve dismissed someone like you already. You’d be just one more “hater” they can brush off.

Think: If someone came to you and challenged all your precious beliefs, how would you want this person to approach you? With an itemized list? With YouTube links and blog posts and a book shoved in your face? With interruptions and rolled eyes and a superior moralistic attitude?

I’m not saying you do any of this stuff. But we’re all capable of it, and more often than not, we do to others the very thing that we would never, ever want for ourselves. If you examine yourself and you’re all messed up inside, maybe you’re not the guy to bring the truth right now, and that’s okay. Not everyone is called for it; not everyone has the gift of a light touch for these conversations; some of us need to wait.

4) Present a better belief. Present the truth, in love. Present yourself.

It’s not enough to simply say, “Your beliefs hurt people and here’s why.” If you can present a clear, loving, truthful theology that covers those unseen angles and can speak to pain and trauma, you might get a chance at being heard.

That’s the thing. Many people fall for Prosperity style theologies (both secular and “Christian”) because they don’t know better. It has worked for the short term. It has helped them through a crisis. Real, gritty, dirty theology is not as appealing, but if you live it with truth and love and speak about it in a way that loves them, then it might begin to shed light on the flaws of a halfway theology.

If they come to you: No hint of “I told you so.” No hint of relish over their disillusionment. No hint of superiority. We’re all still learning and figuring out this faith thing. You and I both have blind spots, too. Speak with love and you will open many hearts, including your own.

4 thoughts on “How Do I Call Out Someone Who Believes in Messed Up Stuff?”