Eugene Cho‘s book “Overrated” is totally free today. He’s the founder of One Day’s Wages and very much the real deal. He also mentions my story in his book about the time I gave away half my year’s salary to fight human trafficking, a check for 10k, which was matched by contributing donations.

His book is incredibly good. The two parts that impacted me the most were his personal story about working as a janitor for years before being able to successfully launch a church (nothing wrong with being a janitor by the way, but throw in Asian cultural expectations), and the process of how he sits on an exciting idea for a while to see if it’s just emotional hype or truly deep passion. Powerful stuff.

The story about the donation here: https://eugenecho.com/2012/11/26/an-inspiring-story-of-courage-and-generosity-youth-pastor-donates-half-of-his-salary-to-fight-human-trafficking/ 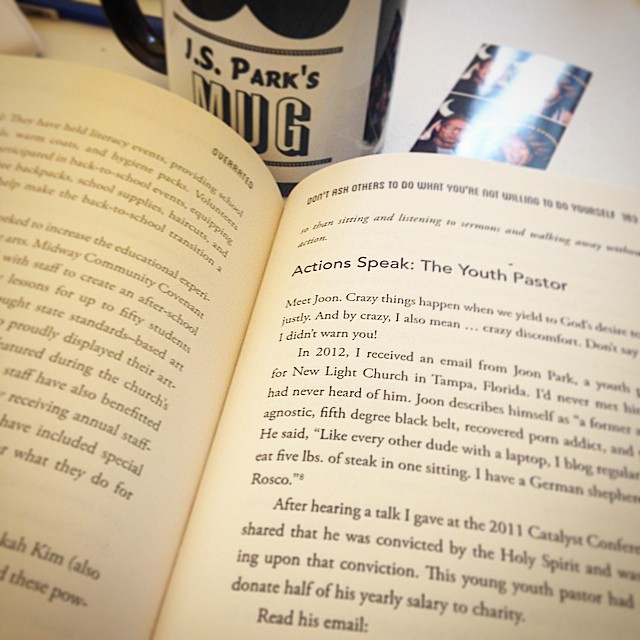